The Soil and Health Association are calling for councils to stop spraying glyphosate to keep New Zealand families safe. ‘The public increasingly understand that it is no longer acceptable to be exposed to glyphosate-based herbicides,’ said Jodie Bruning, Soil & Health spokesperson. The Soil and Health Association are working with US based Non-Toxic Neighbourhoods who have had significant success helping councils transition affordably to non-toxic urban management.

Public health scientists think it is bizarre that the findings of the most prestigious cancer agency in the world were rejected by the Environmental Protection Authority (EPA). In the International Agency for Research on Cancer (IARC) determined that glyphosate probably causes cancer in humans. The IARC also found that glyphosate (and it’s commercial formulations) definitely causes cancer in laboratory animals - placing our pets at risk too.

In 2016 the EPA produced what scientists consider to be a flawed cancer review to discredit the findings of the EPA’s own cancer authority.  New Zealand professors and scientists remain ‘mystified’ and have spoken repeatedly (here and here and here) about the EPA’s frozen stance on glyphosate. An Official Information [ENQ-35127-N5J6C7]request has found that the EPA has never conducted a formal risk assessment of glyphosate or the commercial formulation.

Glyphosate is not just a cancer risk. Scientific studies show that glyphosate-based herbicides, including Roundup, may not only probably cause cancer but cause oxidative stress and disrupt endocrine system function which can set the stage for disease and delays.

Following the IARC decision cancer sufferers in the U.S. have awarded the claimants damages against Monsanto (since 2018, owned by Bayer). The court cases uncovered evidence that showed how Monsanto took action to limit and distort public knowledge. Punitive damages were awarded for ‘reprehensible’ conduct. The jury trials are now under appeal with Bayer claiming the verdict of regulators across the world upholds Bayer’s stance. Unfortunately, as scientists have illustrated (in Europe and the USA), regulatory agencies relied on ghostwritten industry studies and ignored data that the IARC considered important.

In June 2020 Bayer proposed a settlement of USD$8.8-10.9 billion to settle over 125,000 U.S. lawsuits to resolve Roundup litigation. Bayer has framed the complex settlement proposal as an end to ‘uncertainty’. The proposal contained no admission that glyphosate-based herbicides caused the cancer claimed by cancer sufferers, many former farmers, who see the proposal as a slap in the face. The settlement proposal may restrict future claimants from a jury trial. New Zealand doesn't face the same court cases here because the ACC covers such cases as accidents.

Ignoring the calls of scientists, New Zealand councils refer to the New Zealand Environmental Protection Authority (NZ EPA) to claim that glyphosate is a ‘low toxicity herbicide’. The hazard rating given by the NZ EPA provides a legal rationale that it is safe enough to spray in public places. This is wrong!

It is evident from operations in Auckland and Christchurch that councils and contractors need to make a lot of changes in order to shift away from glyphosate dependency – like any addiction – shifting to a new mindset isn’t always easy. Much of the management and contract negotiation are out of the public eye – so it is difficult for the public to understand what is going on. Councils don’t appear to be undertaking properly accountable trials with new technologies and recording and documenting trial methods, how they cope with and reduce over time the weed seed banks, and making this information public. We know non-toxic alternatives and management regimes can never neatly replace toxic chemical use. Shift away from addiction requires a change in mindset and operations.

We also understand that councils struggle to adopt the precautionary principle. This would help deal with uncertainty (which is always present). Councils may not be comfortable weighing the risk to families, and particularly babies and children, with the risk of complaints from irate rate-payers or staff worried about the stress on physical assets. These are value-based decisions, and are an important part of making any decision to protect health or the environment.

We need your help!

The Soil and Health Association can’t do it all!

(1) Get the inside Scoop – Glyphosate is dangerous!

Use our reports to understand why council reliance on the current NZ EPA position claiming glyphosate is safe in public environments - puts families and pets at risk.

These reports have been produced to help your families, your public health agencies, doctors and elected members and council workers to understand that glyphosate-based herbicides should not be sprayed anywhere near families. We’ve also undertaken Local Government Official Information and Meetings Act (LGOIMA) requests to understand what the practice involves in all New Zealand regions. 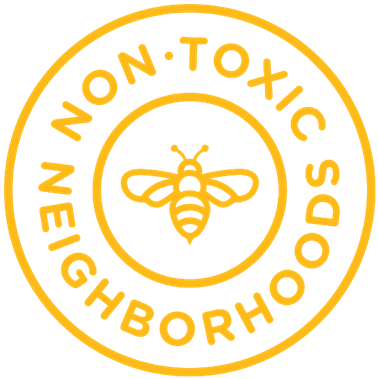 (2) Digital Action – Stay in your Lane - Stay on topic

Share our social media images and link to our publications online – form action groups in your local areas.

Keep to the Golden Rules

Stay on topic – People will link to other themes, ideas, or political issues. While we understand this, it can undermine our central message. Gently but firmly ask that they kindly discuss controversial issues that are likely to be picked up by trolls and marginalised, in other threads.

Stay Kind – Keep yourself neutral and be aware the campaign is to protect public health – no matter what you vote.

Support Each Other – Ask other mild-mannered friends to help support your online work to build knowledge about glyphosate’s toxicity, if you feel the conversation getting heated.

Be kind to farmers – Certain interests might try and pretend this campaign is attacking farmers (which has happened before). This campaign is not about removing glyphosate as a basic tool to remove weeds in agriculture. This campaign is concerned with removing glyphosate use from urban areas and removing it as a dry-down desiccant on food and feed crops before harvest. Our campaign is so ‘ordinary’ and ‘non-controversial’ that it harmonises with European Commission recommendations. Basic use of glyphosate in agriculture doesn’t put urban families at risk. However it is evident that rural areas have increased cases of the once rare blood cancers associated with glyphosate, and that farming families are most definitely at risk.

Use credible research – Please refer to the documents provided as part of our campaign or from the Non-Toxic Network. If you have any questions please ask us.

As Non-Toxic Neighborhoods urge, local partnerships can be powerful – form a non-toxic team! Can you gently and thoughtfully connect with local playgroups, cancer groups, or relevant interest groups to build your non-partisan case? Also, we have to pragmatically acknowledge Non-Toxic Neighborhoods wisdom here, vegetation management is a boys club, and decision-makers are frequently male, so a male member of any group approaching council staff might help break down barriers.

Our template for individuals and groups to complete and submit to local and regional councils asks that: 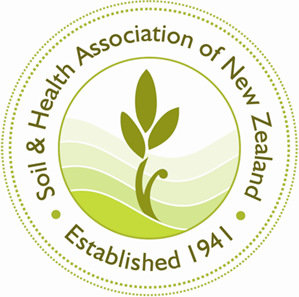 Please read the PDF and then download our template – amend it so it is relevant for your region, and join other people to email your elected members. Also - ensure your item is on the council agenda referencing glyphosate so that it is recorded for posterity (this can inform other individuals and groups that you are also working on this issue).

As our PDF indicates, it can be difficult getting councils to change habits. When councils struggle to shift away from glyphosate, it is not always evident what effort to make change has been made, to what degree contractors have been supported by council in re-education, and if council elected members and staff have required contractors or sub-contractors to perform transparent and accountable trials so the public can see how new methodologies are being used. It is important to understand what education has been undertaken, if levels of service have been adjusted, and if equipment brought in to support transition, such as foamstream technologies or electricidal products, have been used in a meaningful or frequent way or left in a shed.

We’re working on a petition that will make a lot of sense to a lot of organisations across Aotearoa.

(a) Get in early and include your organisation as a co-signatory before the petition is released – this is a team effort – we can’t do it all.

(b) Once released, sign and share the petition – and keep sharing – so that we build a force for glyphosate free streets! 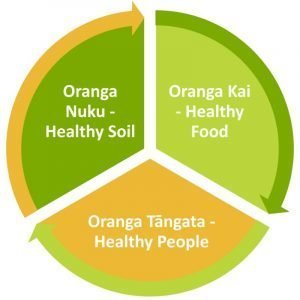 Sportsgrounds and golf courses use incredible amounts of pesticides, including herbicides, insecticides and fungicides, to keep their grounds sports-ready. In the USA sports grounds are being affordably converted to synthetic chemical free. In fact, turf managers are finding that with better quality soil producing healthier turf, people can play for longer and that the turf is more resilient under organic management regimes. Sign up to Non-Toxic Neighborhoods for more data in this area.

Prickleweed (Onehunga) sprays are another problem. Like glyphosate applications, they often involve mixtures of toxic chemicals being applied together. The signs left out on a sportsfield or park after the annual prickleweed or broadleaf spray often do not reflect the time the active ingredients take to degrade, and so may still be toxic long after the signage has gone. It can be good to do a LGOIMA request through FYI to understand when and where these sprays are applied, and what different formulant mixtures being used. You can then research the ‘half-life’ -  the time half of the different active chemicals in the formulations take to degrade. This can tell you if this reflects the amount of time the signs are left out for. You can also research the level of toxicity (if it is carcinogenic, neurotoxic or an endocrine disruptor). Prickleweed might be a problem for some people. Many mothers keep their childrens shoes on at parks to prevent them standing in dog poo – you might find prickleweed, which has a very short prickly time (and is worse in areas where glyphosate is sprayed or where the grass is kept to short) is not considered a problem and that local people are more concerned with the effects of the toxic spray. From there you can approach elected members and council staff to request that a public forum is held to publicly debate the this practice and whether it is essential for wellbeing.

Bee killing neonicotinoids. Unless contractors ask directly it is likely that grass seeds will be coated with pollinator-damaging neonicotinoids. Unfortunately regulation in New Zealand is weak. Unlike other countries toxic neonicotinoids are not restricted. Even more surprisingly, treated seed bags are often frequently not labelled. Ask that policy be changed to ensure no grass seeds are purchased that contain neonicotinoid seed treatments. In order to effect this, the supplier/producer of the grass seed may need to be contacted to ask if a specific product contains the treatments.

Other Reports and Papers. The evidence on risk to children:

While our Soil and Health Science Paper (PDF) shows how glyphosate is not only probably carcinogenic, but a neurotoxin and an endocrine disruptor – there is a massive amount of evidence that pregnant mothers, babies and children are extra-vulnerable to glyphosate.

New Zealand hasn’t been very good at using the precautionary principle to act in favour of public health, we tend to use it weakly rather than strongly, as Professor Catherine Iorns Magallanes has noted. However the compelling evidence that pregnant women, babies and children are far more at risk of harm from pesticides should be making responsible officials and elected members use the precautionary principle in policy to protect urban families.

Pesticide Risks. From our farms to our homes. 2020. Environmental & Human Health Inc.

Understanding the Impacts of Pesticide on children: a discussion paper. UNICEF 2018.

Kids on the Frontline Pesticide Action Network North America. How pesticides are undermining the health of rural children. PANNA 2016.

A Generation in Jeopardy: How pesticides are undermining our children’s health & intelligence. PANNA 2012.