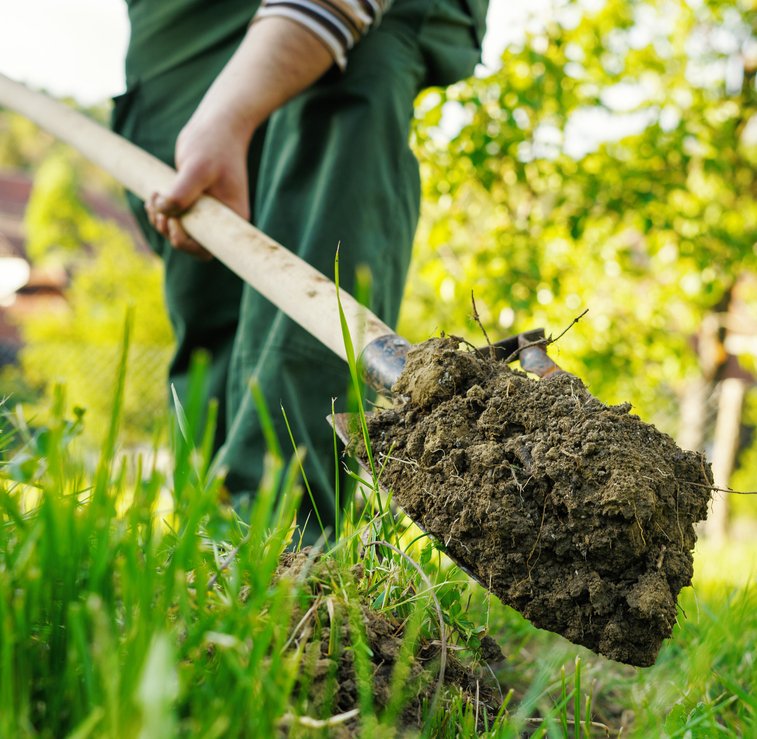 There is a long-term disaster far worse than the Covid-19 pandemic. The pandemic will end in a few years, but the world will lose many millions more to sickness, hunger, poverty and catastrophic weather events because of the unprecedented climate emergency.

Despite the global economic shut down as a response to the pandemic, the world reached a record of 417.2 parts per million of carbon dioxide (ppm CO2) in the atmosphere in May 2020 – the most in over three million years.

It’s time to get on with drawing down the excess CO2 by scaling up existing regenerative agriculture practices, especially organic systems.

Regenerative agriculture is based on a range of food and farming systems, especially organic agriculture, that use the photosynthesis of plants to capture CO2 and store it in the soil as soil organic matter. The soil holds almost three times the amount of carbon than the atmosphere and biomass (forests and plants) combined.

We owe this to future generations and to all the rich biodiversity on our precious living planet.

There are numerous regenerative farming systems that can sequester CO2 from the atmosphere through photosynthesis, and turn this into soil organic matter through the actions of plant roots and soil biology – the soil microbiome. The simple back-of-the-envelope calculations used for the three examples below show the considerable potential of best-practice regenerative systems to reverse the climate emergency. All of these systems can be certified organic.

BEAM can be used in all soil-based food production systems, including annual crops, permanent crops and grazing systems, including arid and semi-arid regions. If BEAM was extrapolated globally across agricultural lands it would sequester 185 Gt of CO2 per year.

The BEAM bioreactor is a composting system using mainly wood chips and leaves. It’s fungally dominated, regularly irrigated, aerobic but requires no turning. It can be made using readily available materials – for more information including a video showing how to make one, see regenerationinternational.org/bioreactor.

No kill, no till

Singing Frogs Farm in California (singingfrogsfarm.com) is a highly productive ‘no kill no till’, richly biodiverse, certified organic, agroecological horticulture farm on three acres. The key to their no-till system is to cover the planting beds with mulch and compost (instead of ploughing them or using herbicides), and planting directly into the compost, along with a high biodiversity of cash and cover crops that are continuously rotated to break weed, disease and pest cycles.

According to Chico State University they have increased the soil organic matter from 2.4% to an optimal 7–8% in six years. This farming system is applicable to more than 80% of farmers around the world, as the majority of farmers have less than two hectares. If the Singing Frogs Farm system was extrapolated globally across arable and permanent crop lands it would sequester 179 Gt of CO2 per year.

Around 68% of the world’s agricultural lands are used for grazing. The published evidence shows that correctly managed pastures can build up soil carbon faster than many other agricultural systems and this is stored deeper in the soil. This very important for New Zealand where grazing systems are a significant part of the economy.

This would result in 46.5 Gt of CO2 per year being sequestered into the soil – which is a lot more than the amount of sequestration needed to draw down the 25.61 Gt of CO2 that is currently being emitted.

These back-of-the-envelope calculations show the considerable potential of scaling up proven high performing regenerative systems. These examples are ‘shovel-ready’ solutions as they are based on existing practices. There’s no need to invest in expensive, potentially dangerous and unproven technologies such as carbon capture and storage, or geo-engineering.

We are in a climate emergency and we don’t have the luxury of wasting precious time on intellectual arguments about whether this is possible or to convince skeptics and land managers unwilling to change.

It’s time to get on with drawing down the excess CO2 by scaling up existing regenerative agriculture practices, especially organic systems. This is very doable and achievable. It would require minimal financial costs to fund existing institutions, training organisations and relevant NGOs to run courses and workshops. Most importantly this then needs to be scaled up through proven farmer-to-farmer training systems. The evidence shows that these types of peer-to-peer systems are the most effective way to increase adoption of best practices.

The widespread adoption of best-practice regenerative agriculture systems should be the highest priority for farmers, ranchers, governments, international organisations, elected representatives, industry, training organisations, educational institutions and climate change organisations. We owe this to future generations and to all the rich biodiversity on our precious living planet.

André Leu became international director of Regeneration International (RI) in 2017. Previously he was president of IFOAM – Organics International, the international umbrella organisation for the organic sector. Travelling and working in more than 100 countries over 40 years, André has gained an extensive knowledge of farming and environmental systems around the world. He and his wife Julia run an organic tropical fruit farm in Daintree, Australia.