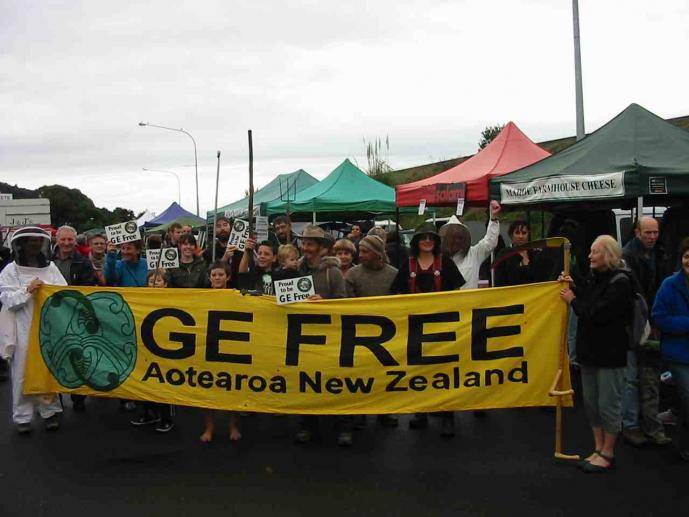 One of the most important Environment Court decisions this year is the finding that councils can control the use of genetically modified organisms (GMOs) under the Resource Management Act.

New Zealand’s oldest organic organisation, the Soil & Health Association, along with GE Free Northland, supported the Whangarei District Council in a successful defence of the right of local authorities to manage the use of GMOs in their regions, after Federated Farmers sought a ruling that Northland Regional Council had acted outside the law in taking this approach.

Since comprehensively losing the appeal (which it initiated) on all points of law, Federated Farmers has now filed an appeal against the Environment Court’s decision with the High Court.

In May, Principal Environment Court Judge Newhook found that there is jurisdiction under the Resource Management Act for regional councils to make planning decisions about the outdoor use of GMOs in their regions.

“Soil & Health was delighted to have our view confirmed by Judge Newhook,” said Marion Thomson, co-chair of Soil & Health. “We’re disappointed, however, that an organisation that supposedly represents farmers has decided to appeal the decision. Why does Federated Farmers want to deny Northlanders the right to manage what happens in their own region? Is there an application in the wings for a GE field trial or GMO release in Northland?”

“The laws around liability for GMO contamination resulting from the release of an approved GMO are non-existent,” said Martin Robinson, spokesman for GE Free Northland. “Because of the gaps in the law a number of councils around New Zealand are moving to protect their primary producers and communities by introducing precautionary or prohibitive policies.”

“It is vitally important that there should be a much-needed layer ofprotection, should there be damages caused by any outdoor use of GMOs,” said Mr Robinson.

“In our view, Federated Farmers is stalling for time and wasting money, while hoping for a law change.We hope that if the government is not prepared to change the law to protect innocent victims, it will at least recognise the rights of the regions to control the outdoor use of GMOs by using the RMA to include iwi and community aspirations in their Regional Statements,” said Mr. Robinson.

The government will need the support of the Maori Party, United Future or New Zealand First to change the law. GE Free Northland says it hopes these parties recognise how much support there is from iwi and other Northlanders for their councils to control the outdoor use of GMOs using the RMA.

“It will be interesting to see whether the government is prepared to abandon their unhelpful proposal to include a new paragraph in the RMA, spelling out that central government will block the work of local authorities to create a much-needed additional tier of local protection against the risks of outdoor use of GMOs,” said Mr Robinson.

Pure Hawkes Bay commissioned a Colmar Brunton poll in 2013 in which four out of five New Zealanders thought councils should be able to keep their districts GE-free using local plans.

“Consumers around the world are crying out for organic and GE-free products,” said Marion Thomson. “It makes economic and environmental sense to pursue clean, green farming, and not dice with risky GE technology that has failed to perform, and created problems overseas.”