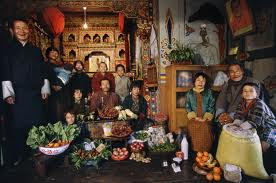 New Zealand has a decade to clean up its act if it is to be world’s first 100% organic food producer. Bhutan recently announced its intention to claim the tittle and be pesticide free in the next ten years if we fail to do so.  Now the race is on.

“This is an accolade that should be our own,” says Debbie Swanwick, Spokesperson, Soil & Health – Organic NZ. “The rest of the world holds our clean, green image in high regard and we should live up to that expectation. As a country we are also renowned for our ability to lead the way for other nations and do the right thing first, whether giving the vote to women or declaring to be nuclear free.  Being the first 100% organic food producer would align with these philosophies and label what New Zealanders value,” says Swanwick.

The Himalayan Kingdom of Bhutan is bordered by China and India, both strong trading partners to New Zealand. With a population of just over 700,000, mostly Buddhist and two-thirds of whom depend on farming for their livelihoods they have an enviable approach to economic development, centred on protecting the environment and focusing on mental well-being.

“Bhutan has decided to go for a green economy in light of the tremendous pressure we are exerting on the planet,” said Agriculture Minister Pema Gyamtsho last year.”If you go for very intensive agriculture it would imply the use of so many chemicals, which is not in keeping with our belief in Buddhism, which calls for us to live in harmony with nature.”

Organic certifier BioGro’s CEO Michelle Glogau says “We strongly believe that organics should be the standard rather than alternative way of growing, processing and trading in New Zealand – for wellbeing of our environment and communities and animals. The ongoing success of our certified-organic producers is proof enough that consumers in New Zealand and around the world want more of what we (organics) have got.”

The 2010-2012 Organic Market Report, commissioned by Organics Aotearoa New Zealand (OANZ) reports that in 2012 the NZ organics export market grew by 25% from 2009 to $220 million dollars in 2012. Between 2007 and 2012 the total land area under organic certification increased by 67% and our export market now accounts for 77% of the the total organic sector.

Soil & Health is one of the oldest organic organisations in the world and advocates for the consumer’s right to have fresh, healthy, organic food free of GE, pesticides and additives.  and their right to know what is in their food. Oranga nuku, oranga kai oranga tangata.