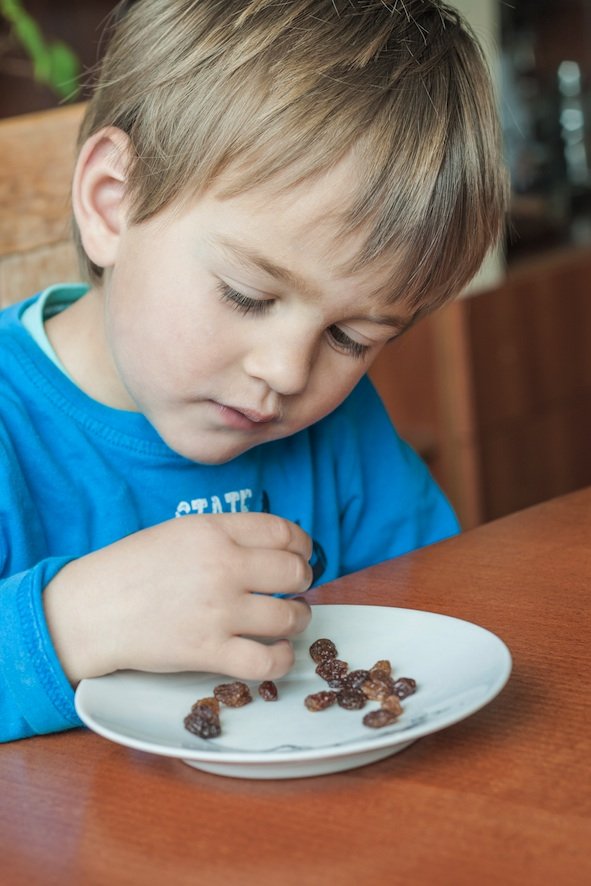 Children are being exposed to a cocktail of pesticides every time they eat non-organic raisins and sultanas. The latest Total Diet Study, released by the Ministry for Primary Industries, showed residues of 26 pesticides in just one sample, and all eight samples tested contained pesticides.(1)

Every five years or more, the New Zealand Total Diet Study (TDS) assesses our exposure to pesticides, contaminants and nutrients. A coalition of groups (2) keen to improve food safety in New Zealand is urging action from the government to reduce pesticide residues and encourage organic agriculture.

Some features of the survey include:

“It is extremely concerning that 22% of baby foods tested had pesticides detected,” said Alison White of Safe Food Campaign.

“Certain pesticides found in baby food in this study have been found to be linked to cancer progression and endocrine or hormonal disruption,” said Dr Heli Matilainen, cancer researcher and Safe Food Campaign Co-convenor.

“Small children, due to their actively developing nervous, endocrine and immune systems, are much more vulnerable to these residues than adults. This means that it is not the dose which is critical, but the timing of exposure, because doses thousands of times lower than those normally considered toxic may interfere with children’s development.”

Ms White advises bakers and consumers to be careful when baking and buying baked goods, as high levels of aluminium were detected in these products. This could be due to an aluminium compound in baking powder, or the use of aluminium tins and trays.

“Given the fact that WHO’s International Agency for Research on Cancer (IARC)has classified glyphosate as ‘Probably carcinogenic (cancer causing) to humans’ (3), we would expect no glyphosate residues should be accepted in food – at all. There is generally no ‘safe level of intake’ for cancer-causing substances, such as glyphosate,” said Dr Matilainen.

“We are pleased that MPI has assured us they are going to conduct their own targeted glyphosate testing, but it must be on all foods sprayed with glyphosate, especially genetically engineered foods,” said Claire Bleakley of GE Free NZ.

“Glyphosate residues have been found in a large variety of foods, including genetically engineered soy, corn, oilseeds and sugar products, and New Zealand honey.” (4)

Jodie Bruning of Rite-Demands agrees: “In other New Zealand monitoring, glyphosate has been found in wheat over 50 times our permitted maximum residue level. (5) We know glyphosate can be applied to all cereals. Glyphosate must be included in the TDS in future.”

“Public health professionals as well as parents deserve to know the actual levels these chemicals are detected at, and not be obscured because of a less sensitive test.”

“Is MPI’s change to less sensitive chemical analysis to lessen the public and exporters’ concern about residues?” asked Steffan Browning of Soil & Health.

“We do applaud the new inclusion of neonicotinoids, which are neurotoxic to people as well as bees, but consumers deserve to be better informed about which brands of food are more likely to contain residues. What parent wants to give raisin and sultana products with 23 or 26 different chemical residues to their children when another product tested had only two?”

“Unfortunately some of the foods most liked by children – raisins, sultanas, grapes and strawberries – are the ones with the most pesticides in them, and parents can lessen pesticide intake in their children by giving them organic food,” said Dr Meriel Watts of Pesticide Action Network Aotearoa New Zealand.

“Nobody actually has any real understanding of the effect of 26 different pesticides together in one small box of raisins, because pesticides in mixtures such as this can behave very differently to the single pesticide assessed by MPI,” said Dr Watts. “It is unconscionable for the government to assume this cocktail is safe when they have never tested it.”

“The best way to lessen all these residues and contaminants going into our bodies is to eat organic food, and this is especially important for children,” concluded Mr Browning.

The five organisations are calling for: