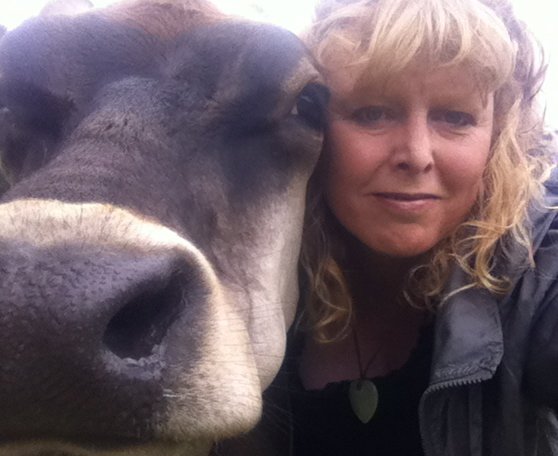 A film espousing the virtues of raw milk has hit the big screen at the Sundance Film Festival this week.

‘The Moo Man’ premiered in the World Cinema Documentary category and tells the story of Stephen Hook, who saves his family farm by turning his back on the cost cutting dairies and supermarkets to sell raw milk to consumers. (2)

“It’s about farmers earning a better living by concentrating on quality above quantity to serve consumers the best available. It is no surprise that the raw milk story has hit the big screen in a big way – It is one of the biggest cover ups of all time” says Debbie Swanwick, Spokesperson – Soil & Health – Organic NZ.

Filmed over four years on the marshes of the Pevensey Levels, England, Hook and his father run Hook and Son Dairy in partnership with Longleys Farms and espouse the virtues of raw milk claiming it can help cure eczema, lower blood pressure and keep cholesterol at bay. (1)

“The New Zealand consumer experience tells us drinking raw milk does far more. People often talk of children not having allergic reactions to raw milk despite being diagnosed as lactose intolerant, having improved immunity and being cold free for years. We are stripping the goodness out of raw milk by pasteurising it” say Swanwick.

But  Swanwick says “big industry advocates constantly compromise the message by touting raw milk as unsafe. If that were the case we wouldn’t sell raw eggs, meat or chicken” she says.

“NZ organic farmers go above and beyond the safety requirements of government with milk being tested daily and raw milk farmers spending ten times as long cleaning cows udders versus conventional farmers. Pasteurisation was bought into NZ in the 1950’s to deal with poor hygiene standards.  Organic farmers commit to taking the time to ensure those standards are met versus using a tool that can cover up the issue if they are not” says Swanwick.

Hook and his father produce 6,000 pints (3420 litters) of milk a week from their 55 cows who live 3-5 years longer than non-organic cows. Their stress free life and the good care shown them by their owner, Hook says is to blame. (1)

The story highlights perhaps the greatest issue for NZ however – England is usurping us in raw milk production. The NZ Ministry of Primary Industry’s guidelines suggest that only 120 litres of raw milk per farmer per day be sold to consumers, milk from approximately six cows delivered to 20 customers a day – 25% of what Hook is selling in England. (3)

“That would make it uneconomic for NZ raw milk farmers to keep producing” says Swanwick.  “It is about time NZ reclaimed its glory as the leading dairy industry in the world and gave it’s people the best there is  (or at least the choice) with guidelines that support our farmers to make it financially viable to do so.  Anything less is a sell out for the NZ consumer and the NZ farmer”.

Soil & Health is one of the oldest organic organisations in the world and advocate for the consumers right to have fresh, healthy, organic food – GE, pesticide and additive free and their right to know what is in their food. Oranga Nuku, Oranga Kai Oranga Tangata.