Every year thousands of animals in New Zealand are farmed intensively, kept in unhygienic and cramped conditions, with high levels of stress and injury, and unable to express normal behaviours. This is ethically unacceptable and contrary to the stated principles in the Animal Welfare Act.  Additionally, large numbers are subjected to cruelty through drug and chemical testing.

The Soil & Health Association advocates for the highest standards of animal welfare.

All animals should be treated with compassion and respect and be optimally nourished.

If animals are to be slaughtered then this should be done in the most humane way possible and as close to the point of production as possible to reduce stress on the animals.

Any farming methods that cause animals to suffer or prevent them from expressing normal patterns of behaviour should be phased out.

Drug and chemical testing should use in silico and in vivo methods to the greatest extent possible.

We are also opposed to:

The live exporting of animals.

The use of sow crates, battery cages, colony cages, and standing-room-only pens for cattle, and any other forms of close confinement for animals that prevent them from expressing their natural instincts and tendencies.

Cruel practices such as debeaking and toe-cutting of poultry, tail docking of cows and pigs and mulesing of sheep.

Unnecessary testing of drugs and chemicals on animals including testing GMO and GE cloning.

We support the internationally recognised Five Freedoms of animal welfare. 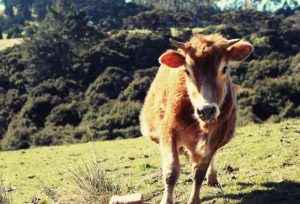