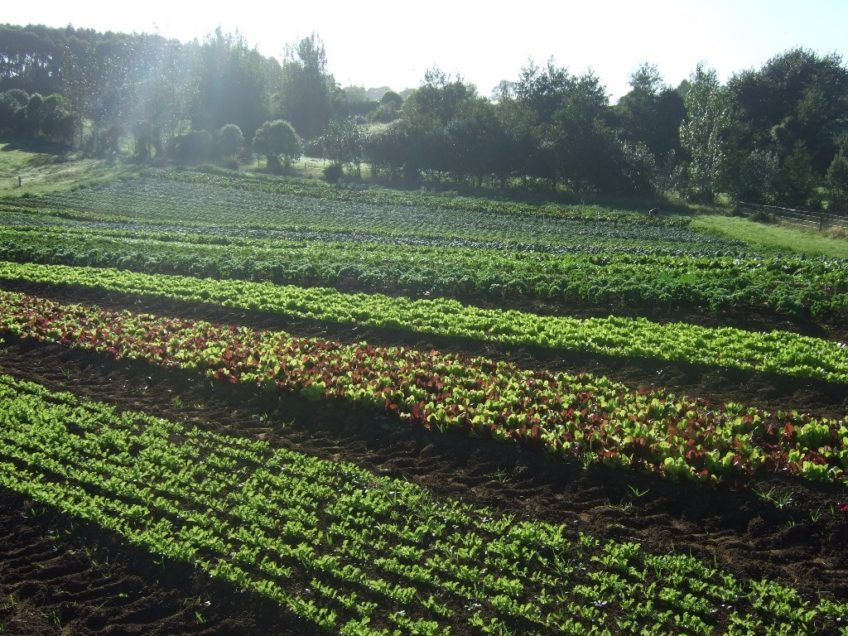 The Soil & Health Association is celebrating the decision by Federated Farmers to abandon its appeal against the right of councils to control the use of genetically modified organisms (GMOs) in their territories. Federated Farmers filed its latest appeal earlier this year in the Court of Appeal, after its appeals to the Environment Court and High Court had been dismissed.

“Both the High Court and Environment Court have ruled that regional councils have jurisdiction under the Resource Management Act (RMA) to regulate the use of GMOs through regional policy statements or plans. The recent RMA amendments further entrench the legal rights of councils to do so. Challenging these decisions would only have cost both us, the other parties involved and Federated Farmers themselves a lot of unnecessary time and money.”

Federated Farmers had argued that the Environmental Protection Authority had sole responsibility for the regulation of GMOs under the Hazardous Substances and New Organisms Act (HSNO).

The decision to withdraw its appeal comes after recent amendments were made to the RMA, which confirmed the High Court ruling, leading Federated Farmers to believe that they “are likely to have materially reduced the prospects of the appeal being prosecuted successfully.”

The RMA changes, which passed in April this year via the Resource Legislation Amendment Bill, included a controversial section which allows the Minister for the Environment to bypass parliament and make fundamental changes to the law if it is deemed that council plans duplicate or deal with the same subject matter as central Government laws. This would have allowed the Minister to strip councils of their ability to create GE-free food producing zones.

The National Government at the time needed the Maori Party votes to pass the changes. However, the Maori Party stated in December last year that it would not support changes to the RMA if they extended to allowing the Minister to overrule planning provisions controlling the use of GMOs.

Before the final reading of the Bill, an exemption was introduced under section 360D specifically for GE crops, effectively preventing the minister from permitting GMO crops in regions that had elected to remain GMO free or impose controls on the use of GMOs.

“We are so grateful to Maori Party for their determination to ensure that appropriate clauses in the RMA were included to protect regions from uncontrolled GMO use. Had they not stood firm against the changes, then we might not have had this decision from Federated Farmers to withdraw their appeal,” says Soil & Health National Council member Marion Thomson.

“The RMA amendment further confirms the ability of all local councils to determine GMO policies in their regions. Local communities can now have confidence that their values and concerns about the use of GMOs in their regions can be considered when drafting policy statements and plans.” says Thomson.

The economic sustainability of a wide range of agricultural export activities reliant on GMO-free status is also protected by this ruling. The global non-GMO food market is currently valued at US$250 billion, and trends show this is only going to grow. New Zealand producers benefit from access to this huge non-GMO market.

Soil & Health has found no economic, health or environmental case for GMOs. There are huge uncertainties around the adverse effects of GMOs on natural resources and ecosystems. The risks are large and consequences irreversible. If GMOs were to be released into the environment, they would be very difficult, if not impossible, to eradicate in circumstances where they adversely affected the environment. There is also potential for serious economic loss to regions marketing their products and tourism under New Zealand’s ‘clean green’ brand, if GMO land use were permitted.

Significant gaps exist in the law around GMOs in New Zealand. In the HSNO Act there are inadequate liability provisions (e.g. ‘polluter pays’) for any unintended or unforseen adverse impacts resulting from the outdoor release of an approved GE crop or animal, meaning those causing harm may not be held liable. There is no mandatory requirement for the EPA to take a precautionary approach to the outdoor use of GMOs.

Due to these gaps in the law, a number of councils around New Zealand have been moving to protect their primary producers and communities by introducing precautionary or prohibitive policies.

The Northland Regional Council is one such council which, after receiving hundreds of submissions from Northland ratepayers, district councils, Northland Conservation Board, iwi authorities, hapū and community groups, choose to adopt a precautionary approach around the outdoor release of GMOs in the proposed Northland Regional Policy Statement.

Federated Farmers of New Zealand lodged an appeal with the Environment Court in 2015 opposing these precautionary GMO provisions in the Northland Regional Policy statement. Principal Environment Court Judge L. Newhook however found that there is jurisdiction under the Resource Management Act for regional councils to make provision for the outdoor use of GMOs through regional policy statements and plans. Since comprehensively losing the appeal (which it initiated) on all points of law, Federated Farmers filed a second appeal against the Environment Court’s decision with the High Court.

Dr Somerville argued that Environment Court Judge L. Newhook was correct in his decision that the RMA and HSNO Act hold complementary and not overlapping roles. The two Acts offer different purposes and functional responses to the regulation of GMOs in New Zealand. Thus, regional planning documents can control the use of GMOs as part of promoting sustainable management under the RMA, taking account of regional needs. This argument has been confirmed by High Court Judge Mary Peters.