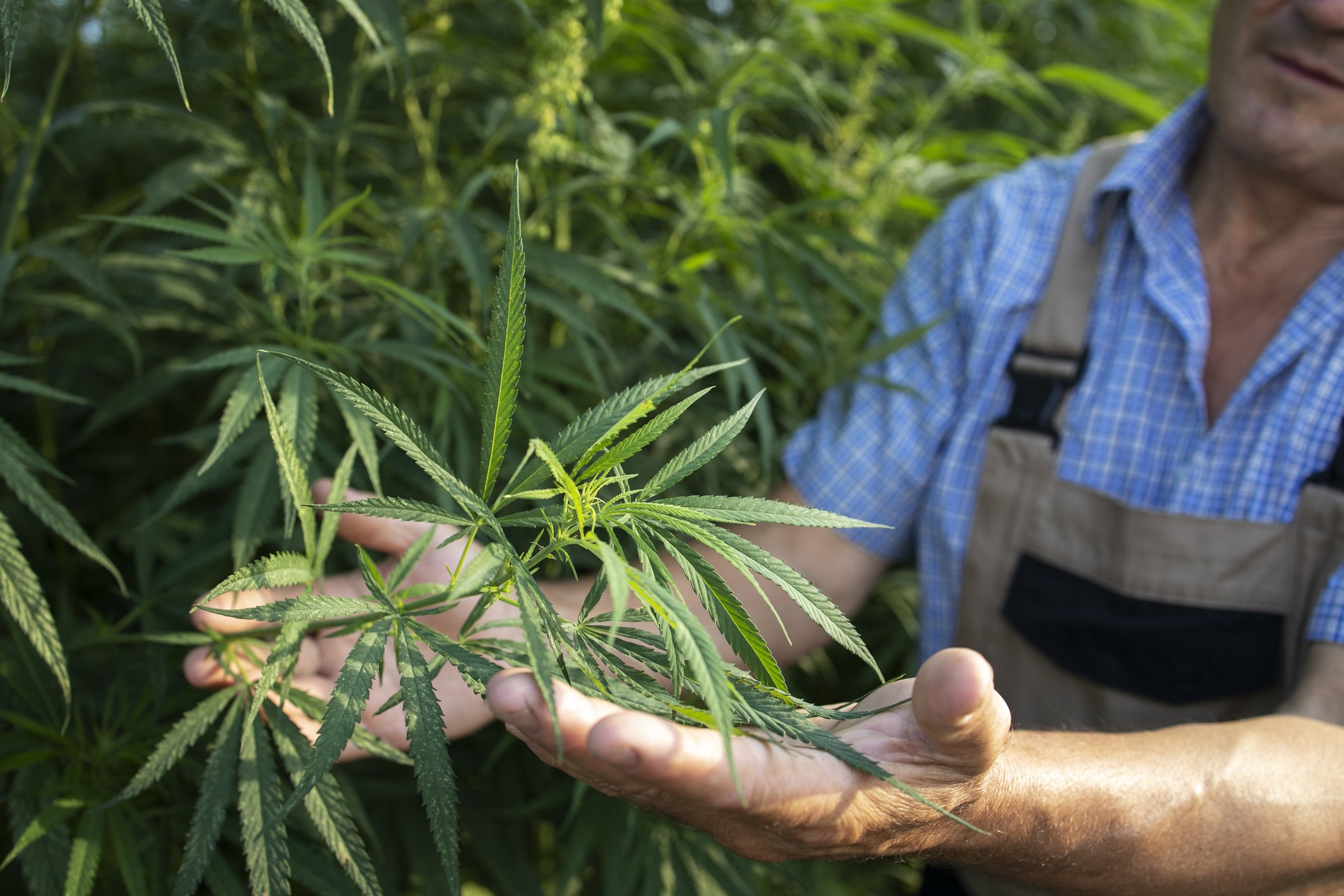 Hemp is an ancient crop, grown for its fibre and put to thousands of uses. Unreasonably lumped in with cannabis, hemp was supplanted and restricted for nearly a hundred years – but it is now being heralded as an outstanding building material for our time.

This article was featured in the November/December 2013 issue of Organic NZ magazine, under the Features section.

New Zealand’s first house made of hemp will be finished this summer. Lance and Miranda Palmer are building a 195 m2 home in Taranaki using hempcrete for their walls.

Why hemp? “I wanted a home that would breathe naturally,” explains Lance. “When we learnt about hemp, it ticked all the boxes. It’s unusual in that it’s both a great insulator and yet provides a lot of thermal mass.”

Hemp as a building material delivers an impressive list of benefits, say proponents like Greg Flavall, a builder and entrepreneur encouraging the use of hemp in New Zealand. He claims hempcrete is a carbon neutral or even carbon negative material. The fast growing hemp sequesters carbon and, once processed, the fibres are mixed with a lime and cement binder to create ‘hempcrete’. The lime continues to harden over time, absorbing more carbon as it calcifies. Some 110 kg of carbon is locked up per cubic metre of hempcrete, according to UK consulting firm Hemp-Lime Construct.

Hemp building materials are lightweight, insulating, and highly breathable, producing homes with excellent air quality, according to Greg. It’s fireproof and rodent and insect resistant. It’s extremely durable, with an expected lifespan of several hundred years. Hemp is also versatile; just vary the ratio of binder to make floors, walls, or insulation. And it can be deconstructed and recycled in another building project!

What it isn’t, is load bearing: hempcrete is being used in New Zealand as infill between timber structural framing.

Eco-architect Graeme North also has an interest in hempcrete but takes a more cautious view. He questions the claim about carbon neutrality, saying that manufacturing lime produces more carbon than it subsequently absorbs. “Claims of both insulation and thermal mass need to be considered carefully,” he warns, as it depends on the thickness and density of the wall.

Different varieties of industrial hemp are grown depending on the desired yield (seed, fibre or fabric). They are alike in having extremely low levels of tetrahydrocannabinol (THC), the active ingredient in the Cannabis sativa grown for marijuana use: 0.3% compared with 3–22%.
A regulatory scheme was established in 2006 that makes it legal for license holders to grow, process and distribute hemp in specific circumstances. A grower must send crop samples to a lab before harvesting, to ensure THC levels are below prescribed limits. Crops not meeting this requirement may be destroyed. As at 23 September 2013, 27 licences to grow industrial hemp have been issued by the Ministry of Health, with a further two being processed.
Last summer, two Taranaki farmers working with Greg Flavall got their hemp licenses and 4.45 ha was sown, including at Avonstour, an organic, rare breeds family farm east of Stratford.

From field to house

Hemp is a fast-growing and robust annual broadleaf, with a root system that can extend two metres. It is naturally insect and pest tolerant and may not require fertilising.

Hemp’s history spans some 12,000 years, having been grown in Asia and the Middle East for fibre to make fabric, cloth and rope. It was grown extensively in the US from the seventeenth century. But its cultivation was outlawed in the US and UK in the 1920s and 30s when fears about cannabis use were running high, and fell away in Europe last century as hemp was supplanted by newer, synthetic fibres.

After harvesting, the plant is retted: soaked in water to loosen the fibres from the woody core. The fibres are separated out in a mechanical process called decortication before the stem is dried and chopped to produce shiv. To make hempcrete, the shiv is mixed with a small amount of hydrated lime-rich binder. Greg advocates a 5:1 mix of lime and cement, which means the binder is about two percent of finished volume. Natural pigments can also be added to create striking natural colours or patterns.

Greg runs workshops designed for owner builders, architects and building professionals, who get their hands on the raw material, building their own small hempcrete block. This is a miniature example that shows how hemp walls can be constructed, by lightly tamping hempcrete in place in between single or double-sided formwork. “Professionals come along and say, ‘Wow, this isn’t difficult at all!’,” grins Greg.

Houses that Greg is involved with are using single-sided forms. “We’re framing into the interior edge of a [400-450 mm] thick wall and lining the interior of the house with magnesium oxide building board, a gib replacement. Mag oxide board is inert, fire-resistant and it breathes with the hemp,” he explains.

There are other possibilities. “Boxing both sides around a timber frame is common in many parts of Europe,” says Graeme. “The wall is then clad for protection from the weather, especially wind driven rain, or simply plastered with lime plasters. Inside can be left as is, or any breathable natural finish [applied].”

Hemp can also be used as loose fill insulation and a flooring material. In Europe, large commercial buildings have been built with pre-fabricated hemp wall panels hoisted onto a post-and-beam structure.

Buildings made from hemp can have any kind of look you want, says Greg. For instance, the first US house built of hemp materials, in Ashville, North Carolina in 2010 – with which Greg and his Canadian based company were involved – is a high-end example of striking contemporary architecture (see www.gizmag.com/first-us-hemp-house/17115/ for photos and construction details). But hemp is also just as suited to natural renders that make a feature of the colour and texture of the natural fibre.

Notwithstanding information you’ll find on the internet, Greg is adamant that hemp is not suitable as a foundation material. “We know from history that hempcrete doesn’t work below ground. If subjected to constant moisture, it will break down and the lime will not carbonate. It’s the carbonation that preserves the hemp.”

The Palmer house is being built on concrete foundations topped with insulated concrete forms. Building consent applications for this and other hemp houses have used alternative solution provisions provided in the New Zealand Building Code. The Palmer house was approved by the New Plymouth District Council in 20 days. “We introduced the building method first and asked the Council what information they wanted from us,” says Lance. “They were really good to deal with.”

“The building inspectors were pleased to see lime coming back,” says Greg. “We provided documentation from the US and Europe – and a sample block! The fact that the hemp was the aggregate was of no importance.”

The first New Zealand houses of hemp are being built with shiv imported from Europe but Greg wants to establish a Taranaki based co-op (a ‘hemp village’) that will grow and process hemp and produce local hemp products.

Meanwhile, plans are being drawn up for homes made with hemp and building consent applications have been lodged with Auckland and Waikato councils. The 14 projects between Dunedin to Northland range from expensive, architecturally designed homes to owner-builder homes that will be slowly completed as funds and time permit.

Rachel Rose is establishing an urban permaculture property in Whanganui.

Interested in growing hemp in New Zealand? Growers, processors and suppliers require a license, administered by the Ministry of Health. Start here:
www.health.govt.nz/our-work/regulation-health-and-disability-system/medicines-control/hemp-industrial-hemp 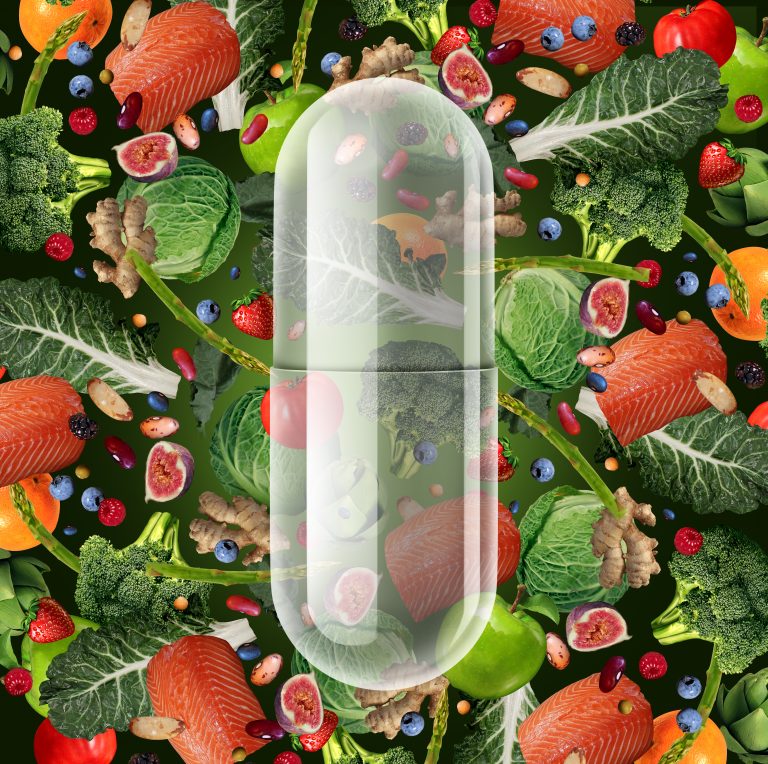 We are currently overwhelmed by a mental health crisis, grappling with stress, depression, anxiety, ADHD, autism, OCD, bipolar disorder, schizophrenia and more. But rather than reaching for a pharmaceutical fix, our food should be our medicine in the first instance, says Professor Julia Rucklidge. Jodie Bruning interviews New Zealand’s most popular professor you may never have heard of.  We hope you enjoy this free article from Organic… 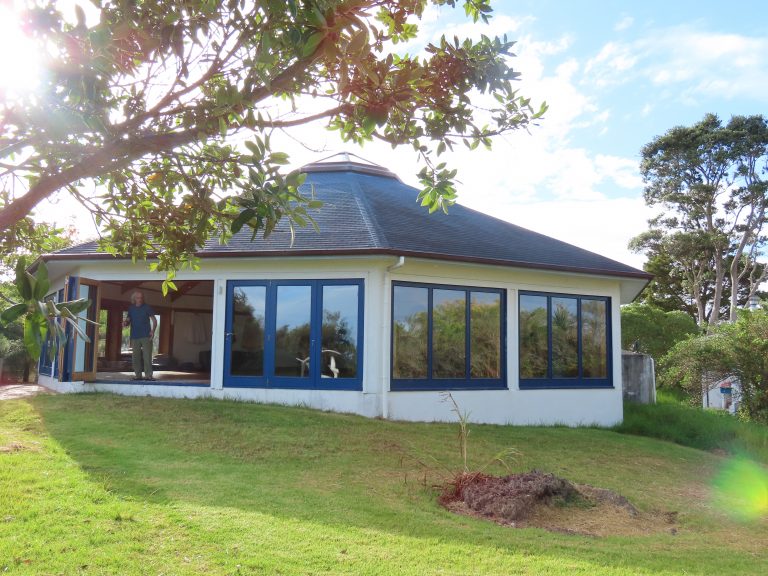 Earth building is cheaper than conventional building – but only if you do it yourself, says Sam Southward. He has built four light-earth constructions at the delightfully named Absurdistan Community near Kaiwaka. Theresa Sjöquist pays a visit to find out more. The content below is available with a print or online reader subscription The following… 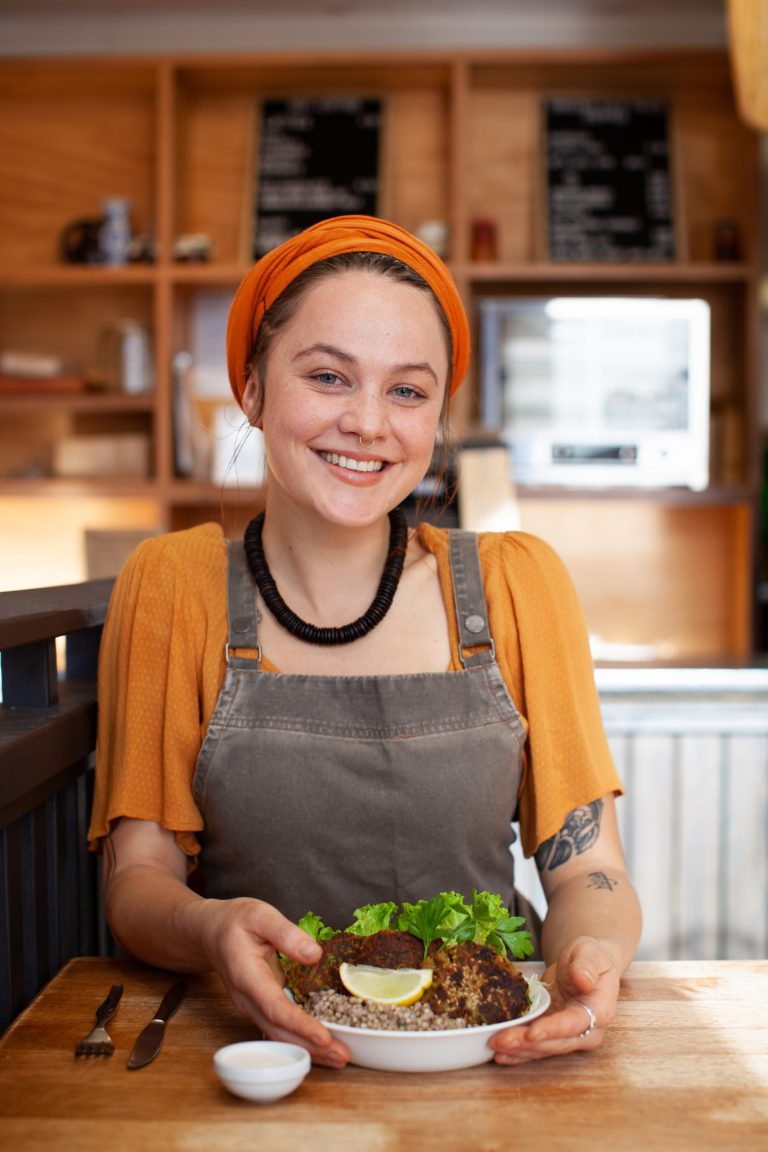 A simple cardboard box turns out to be lot more than just an intentionally plain and brand-free box. Not only is it full of healthy organic food, but the box also represents an alternative to the global commercialisation of food production and consumption, as well as being a symbol of environmental and personal health and wellbeing.   But it’s what’s on the inside that really matters, says Clinton… 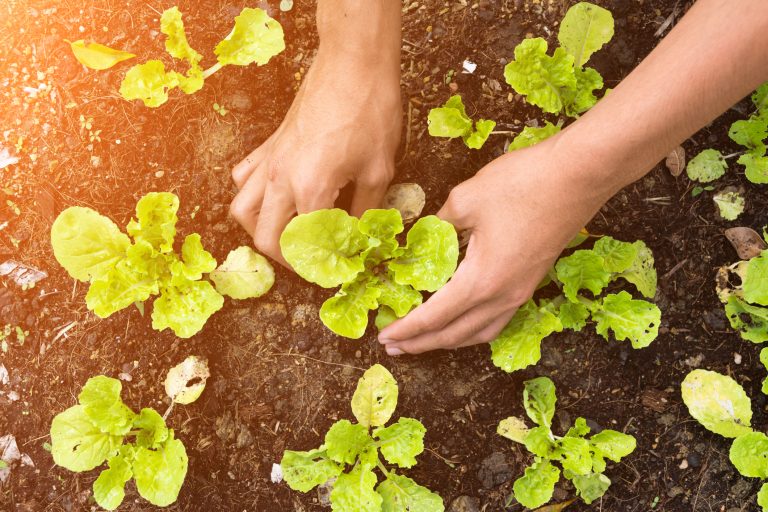 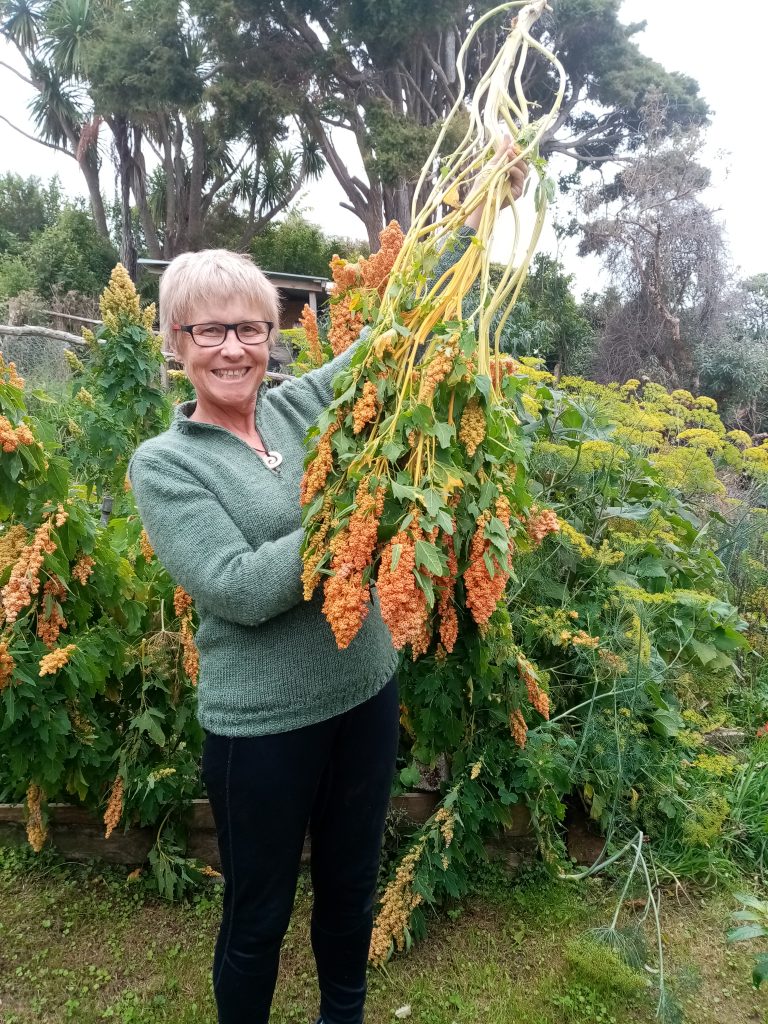 As Diana Noonan has discovered, quinoa is a hardy and versatile plant. She shares her growing experiences and gluten-free recipes.   The content below is available with a print or online reader subscription The following content is accessible for members only, please sign in. Loading… 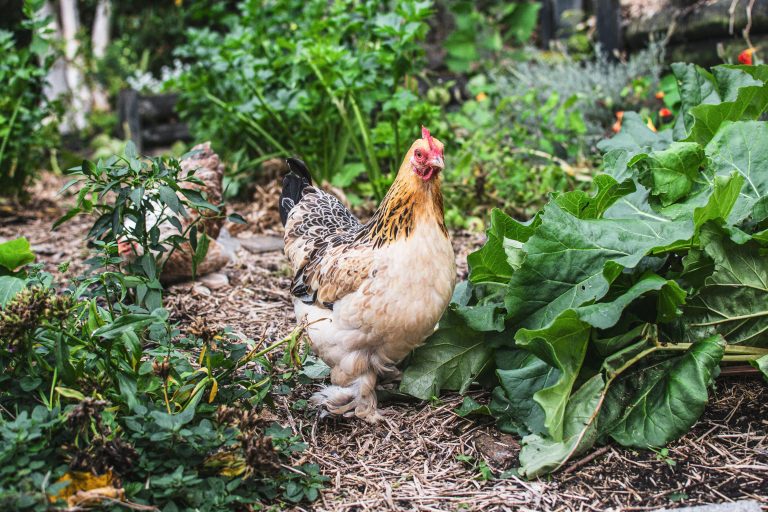 Good compost grows healthy plants, and you can never have too much of it! Homemade compost is ideal if you can make it – here are a few tips from Wellington blogger, baker and gardener Elien Lewis, selected from her new book Homegrown Happiness.  Homemade compost is the best thing for your garden. That sounds like a bold statement, but it’s true. Whether it’s compost in a… 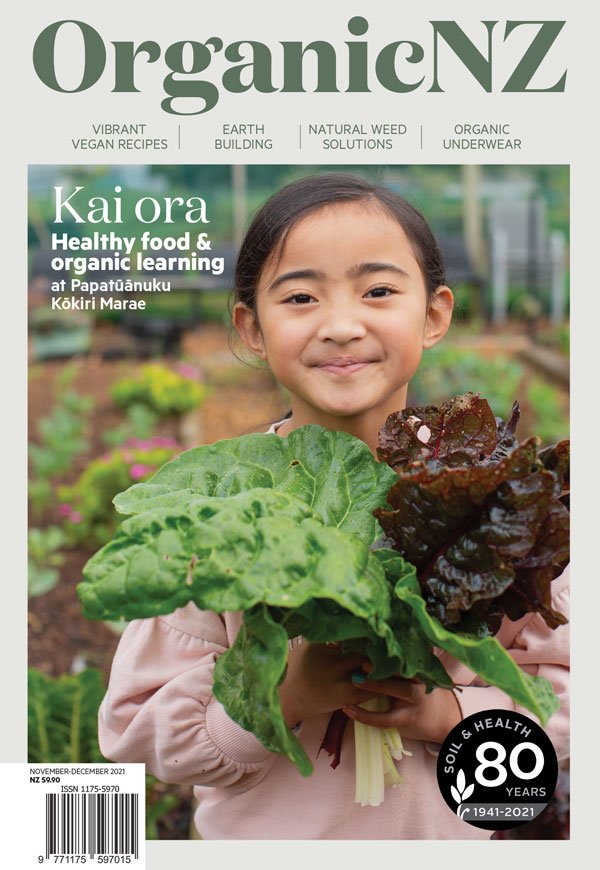 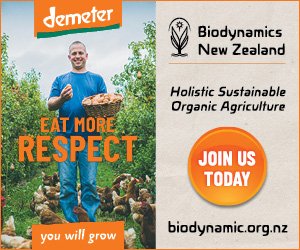