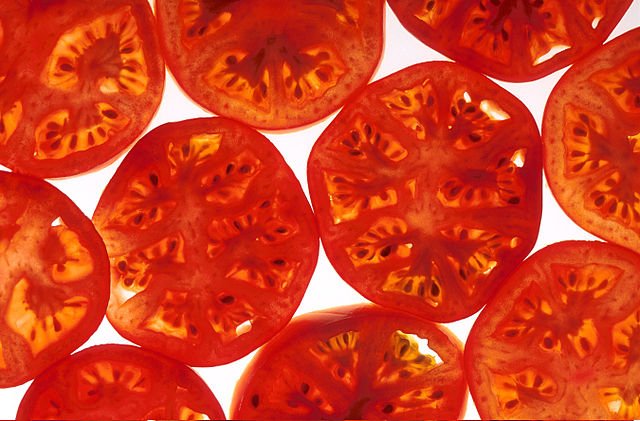 In New Zealand and Australia, herbs, spices, herbal teas, tomatoes, capsicums and a range of tropical fruit are currently allowed to be irradiated. Probably this year we in New Zealand will have an even wider range of fresh fruit and vegetables irradiated, imported from Australia and other countries. Organic certification standards do not allow food irradiation.

What is food irradiation?

Irradiation is ‘a process where the food is exposed to ionising radiation, either from gamma rays or a high-energy electron beam or x-rays. Gamma rays and x-rays are a form of radiation, similar to that in microwaves, but with much higher energy and penetration. The rays pass through the food just like microwaves in a microwave oven, but the food does not heat up to any significant extent. Electron beams and x-rays are produced using electricity, which can be switched on or off, and they do not require radioactive material.’ (MPI, 2015)

New Zealand has no irradiation plants. In 1987 a proposal by Australian firm Steritech to set up an irradiation plant in Auckland prompted masses of public submissions against it which led to its withdrawal. In 1988 a Ministry for the Environment working party recommended prohibition of the treatment.

The ban was lifted in 2000, but with the stipulation that applications to import irradiated foods would be reviewed on a case-by-case basis. Now food importers and processors have been achieving a gradual increase in the number of foods that can be irradiated.

Our Ministry for Primary Industries (MPI) is especially interested in irradiation as a phytosanitary measure on imported produce to ‘disrupt the development of any insects that may be concealed within the produce. This means that any eggs or larvae present either do not develop into adults, or if adults do emerge or were present at the time of treatment, they are sterile and unable to produce viable offspring’.

Also, as Food Standards Australia New Zealand (FSANZ) points out, to control fruit fly and other insect pests there is now a need for an effective and cost-efficient alternative to the two commonly used insecticides (dimethoate and fenthion), because these are being phased out due to their toxic nature.

Irradiation is also considered useful to extend shelf life, by delaying ripening and preventing sprouting, and to control pathogens, lowering foodborne illnesses. It is estimated that if 50 percent of the meat and poultry consumed in the United States were to be irradiated, there would be 900,000 fewer cases of foodborne illnesses annually and 352 fewer deaths due to foodborne illnesses (Osterholm 2004). In Bangladesh, Zaman and colleagues discovered that irradiated bananas ripened within 26 days as opposed to six days for conventional bananas, and a taste test involving 16 people discovered no significant difference between the two types.

Lowering foodborne illnesses and stopping pests coming into New Zealand certainly seems a good idea. Nevertheless, as Sadecka put it: ‘questions focusing on nutrient loss, free radical and radiolytic byproducts formation, and changes of antioxidant properties during irradiation are still being discussed in the scientific community’.

Julius argues that irradiating fruit as a quarantine measure is not suitable for two main reasons. The dose of radiation required to kill pests would be too high for a lot of fruit, so ‘only low doses can be used for a slow kill resulting in alive irradiated immature insects. But there is no way to distinguish between immature irradiated insects and insects not exposed to irradiation’. Secondly, the overall tissue softening resulting from irradiation means fruit can be more easily damaged in transit than their non-irradiated counterparts.

Many proponents of irradiation argue that it is a process like others such as heat treatment in canning and preserving, and the pasteurisation of milk, in that while some nutrients, beneficial microorganisms and antioxidants are lowered or destroyed, the benefits outweigh the risks, and anyway we can get adequate nutrients elsewhere (Sadecka 2007).

In contrast to other regulatory authorities, such as our FSANZ, the European Food Safety Authority (EFSA) is much more cautious about irradiation, limiting the dosage and food categories to those where it thinks there is adequate evidence. Up till recently only herbs, spices and vegetable seasonings were permitted to be irradiated in the European Union, but there has been an increase in categories since their report in 2011.

EFSA believes that irradiation works best only if integrated with food safety management programmes (covering aspects such as hygiene, temperature and atmosphere control). It acknowledges that some undesirable ingredients are formed in irradiated food, such as hydrocarbons, furans, 2-alkylcyclobutanones, cholesterol oxides, peroxides and aldehydes, but believes there is not enough evidence to link their presence in irradiated food with adverse effects in humans.

One area where the EFSA urgently wants more research is in feeding irradiated food to cats. Several studies have found the development of leukoencephalomyelopathy, a type of neurological disease in cats fed mainly or exclusively with highly irradiated feed. As EFSA states, it cannot rule out the relevance to humans. Australia has banned irradiated cat food because of an incident there over 2008–2009, where about 100 cats were affected, with some dying.

There are still question marks over the effects of food irradiation, so the Safe Food Campaign would counsel the precautionary approach by avoiding irradiated food where possible. It is important that manufacturers are aware whether their food is irradiated and that they really do label the food if it is, so consumers can make a choice.

Alison White is co-convenor of the Safe Food Campaign, www.safefood.org.nz, and a life member of Soil & Health.

What can you do?

What food may be irradiated?

If the food is not normally required to be labelled, then the mandatory labelling statement must be displayed close to the food. This would apply to foods such as:

What food will be irradiated?